Fulmer Middle returns, plus other happenings in 2019-20 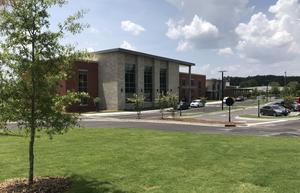 Some changes on tap for new school year

WEST COLUMBIA, SC -- The 2019-20 school year will bring changes for some Lexington Two schools. Among them:


Fulmer Middle: Fulmer will be moving back to its newly renovated campus at 1614 Walterboro St., West Columbia, for the start of the new school year. Renovations added a second story to the school as well as new classroom and science lab space.


In addition to renovations at Fulmer Middle, work is continuing at other schools as part of the final phase of a $225 million, voter-approved building plan that has added three schools and upgraded all others district-wide. This summer, Airport and Brookand-Cayce High both are being painted, and work is being done in Brookland-Cayce’s North Wing and Airport’s 700 Wing. Breezeways also are being enclosed at Airport.