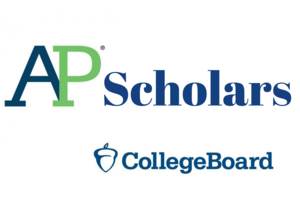 
The Advanced Placement (AP) Program recognizes high school students who have demonstrated outstanding college-level achievement through their performance on multiple AP exams. AP Scholars are those students who receive scores of 3 or higher on three or more AP exams.


Brookland-Cayce High School student Joseph Buchmaier was awarded National AP Scholar, a top award given to those who receive an average score of at least 4 on all AP Exams taken, and scores of 4 or higher on eight or more of these exams.


Eleven other Lexington Two students were named AP Scholars with Honor, given to students who receive an average score of at least 3.25 on all AP exams taken, and scores of 3 or higher on four or more exams. They are Brookland-Cayce High’s Samantha Breese, Amanda Lam, Sharon Rose Mukendi, Ben Welch and Katelyn Welch; and Airport High’s Rosemarie Caballero, Tobias Holloway, Ricardo Morales Gonzalez, William Simms, Parker Whittle, and Liana Wiley.


According to College Board officials, students who score a 3 or above on an AP exams demonstrate college-level mastery of the subject and will typically earn college credit at most colleges and universities. The Lexington Two students learned of their AP Scholar designations earlier this school year.