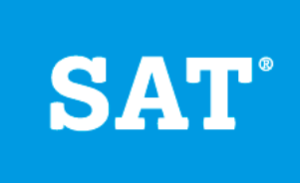 WEST COLUMBIA, SC -- Lexington Two outperformed state and national averages on the SAT with a combined average score of 1035, according to scores released this week by the SC Department of Education.


Lexington Two ranks 12th highest statewide among South Carolina's nearly 90 districts, including public charter schools and the SC Governor’s schools.  The average SAT score for Lexington Two’s Class of 2019 test-takers is 16 points higher than the South Carolina average of 1019 and 5 points higher than the national average, data show. Airport High’s average is 1035, and Brookland-Cayce’s is 1034.


“While the SAT is just one measure of academic achievement, it’s evidence that more of our Lexington Two students are prepared for success in college, career and life in this increasingly global economy,” said Lexington Two Superintendent Dr. William B. James Jr.

The SAT is a standardized test often used in the college admissions process. The test was revised in March 2016 to now rely on two main components: Evidence Based Reading and Writing (ERW) and Math. The Essay section is optional. Scores range from 400 to 1600 overall, with 200 to 800 coming from ERW and 200 to 800 coming from Math.