After 75 years, the story of the battalion gun at Brookland-Cayce High School comes to light 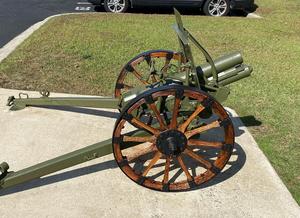 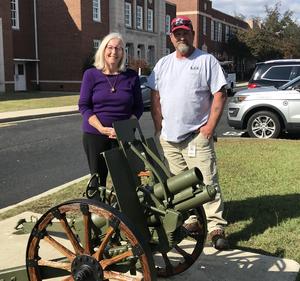 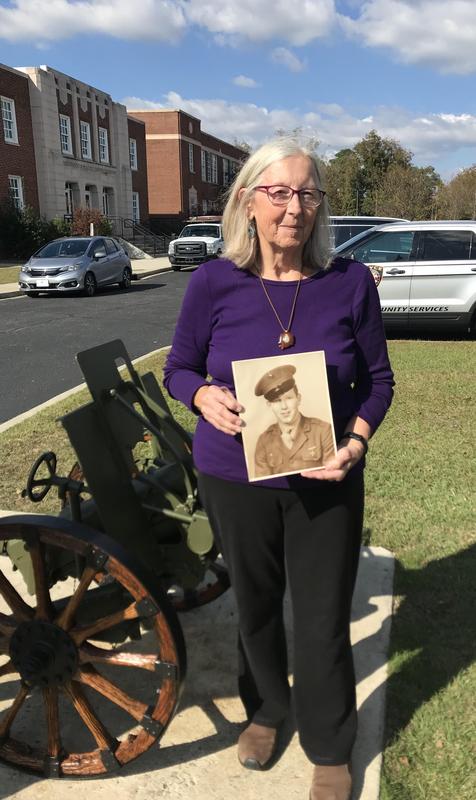 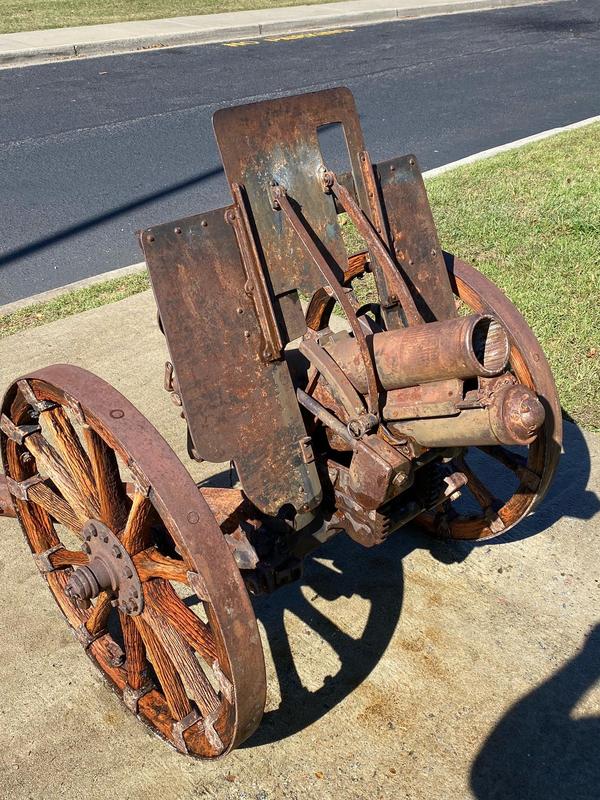 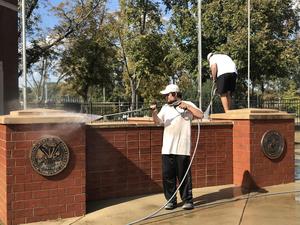 In 1947, Hiram "Red" Manuel and his fellow class officers wrote to the US War Department for a piece of ordinance from World War II to dedicate to “the boys who had gone off to war from Brookland-Cayce High School.”  That keepsake, the battalion gun, has stood in front of the school mostly unrecognized -- until now

WEST COLUMBIA, S.C. – In 1947, Brookland-Cayce High School class president Hiram “Red” Manuel went to the train station to pick up a package from the US Department of War.

He wasn’t quite sure what it would be, but he expected something small – a rifle or handgun, perhaps. He was quite surprised to get what appeared to be a small cannon – in fact, a 70mm battalion gun, designed to be pulled by horse.

Manuel had left Brookland-Cayce in 1942 at age 16 to join the Marines with his brother  and fight in World War II. In 1947, he returned to finish high school, and he and his fellow class officers had written to the War Department that year to request a piece of ordinance from World War II as memorabilia, which they hoped to display at the school and dedicate to “the boys who had gone off to war from Brookland-Cayce High School.”

That keepsake, the battalion gun, has stood in front of the Lexington Two high school along State Street since, unadorned and mostly unrecognized, for the past 75 years.

For the past few weeks, Lexington Two’s maintenance department has been working to clean and refurbish the weathered and rusted battalion gun, along with the school’s large World War II monument and memorial that was erected in front of the school in 2003. It lists the names of men and women from the area who served in the war.

The Lexington Two team hopes to finish the work in time for Veterans Day on November 11.

“I admire that generation,” said Johnny Knight, a Lexington Two maintenance employee who refurbished the battalion gun. Curious about the gun’s history, Knight did some research about how it got to Brookland-Cayce. He eventually found Manuel’s daughter, Mandy Odum, who had confirmed the gun's origins. They started working together on a plaque that will be placed next to the battalion gun, so that all who see it will know its story. Knight also hopes to create a page for Brookland-Cayce’s website, designed with the help of students, that will share the gun’s history.

“I’m doing this for Mr. Manuel’s family,” Knight said, “and for the B-C veterans.”

After graduating from Brookland-Cayce High School, Manuel – whose three siblings also attended B-C – went on to the University of South Carolina to study accounting, a field he worked in until retirement. He passed away in 2012.

“Dad spoke of the cannon often,” she said. “It was a big part of our lives. I worked on State Street for a number of years, and Dad and I would often go by and see the cannon in front of the school.

“It was a source of pride to Dad and to our family, because it represented the sacrifice of so many Brookland-Cayce students,” Odum added.  “Dad loved B-C and Cayce. We loved to hear him tell the story of how the cannon got there.”

When Odum saw the battalion gun at the school this week, its refurbishment nearly completed, it brought tears to her eyes. Odum said her father would be thrilled to see the gun today.

“I cannot even begin to explain what this restoration means to me and to our family. For 75 years the cannon has sat sentinel in front of BCHS and nobody really knows how or why it is there,” Odum said.

“It was so important to me to get Dad's story out there.”