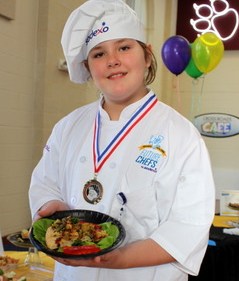 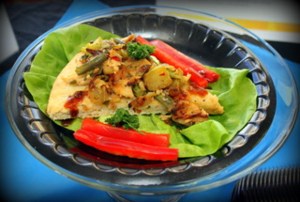 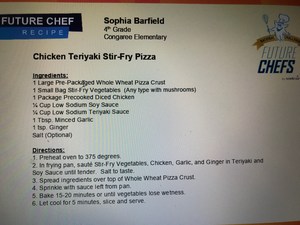 We’ve got a dinner idea for you tonight -- courtesy of the fourth-grade winner of the Sodexo Future Chefs Challenge.


The national cooking challenge, now in its eighth year, was created to get students thinking about making healthy food choices while also encouraging them to be active and creative in the kitchen. Seventy-five Lexington Two students submitted recipes, and 13 finalists were selected to compete. They were among 2,600 other students representing more than 1,300 Sodexo-served school sites in 30 states nationwide.