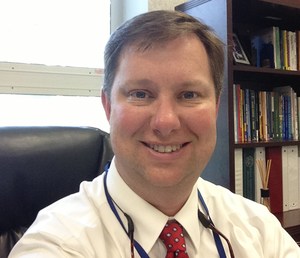 Dr. Dixon Brooks, Interim Director of Secondary and former principal at Cyril B. Busbee Creative Arts Academy, began the transition to his new role at the group's recent meeting in late February. He previously served as Lower Midlands regional director with the organization, which has more than 10,000 members whose ranks include middle level teachers and administrators, pre-service teachers and middle level professors. SCAMLE’s mission is to promote and share best practices and advocate for middle level education.

Q: Tell us about your new roles with SCAMLE. When will you officially take on the job as president?

Brooks: I currently hold the position of Lower Midlands regional director and will continue in that role, as well as president-elect, for the next school year. While the positions become official on July 1, often our spring conference marks the beginning of the transition period. I will serve one full year as president-elect, becoming more familiar with the operations of the association, and then will begin my two-year term as president on July 1, 2019.

Q: What will be your primary responsibilities when you become president?

Brooks: The president of the association works closely with the executive director and SCAMLE board to continue to move the association forward. We work in partnership with several other state organizations to offer programs and professional development statewide to improve middle level education for our adolescent students. A few of these include South Carolina Association of School Administrators, South Carolina Department of Education, and the Association for Middle Level Education. We will continue to build these types of partnerships so that we can continue to provide relevant professional development for middle level educators statewide.

Q: What are some of the trends that SCAMLE is talking about these days when it comes to middle schoolers?

Brooks: Across our state and nation, school safety is an important topic. We also focus on the four pillars of the Schools to Watch program: Academic Excellence, Developmental Responsiveness, Social Equity, and Organizational Support. Much of the professional development we offer is focused around one of these areas.

Q: What is the most important thing that parents can do to help their middle school child succeed?

Brooks: One of the things I always tell my middle school parents, who think that they need to begin giving their adolescent child more freedom and responsibility because they have reached middle school, is to be careful not to give them too much freedom. Friends often become the most important influencers to our adolescents, so it is imperative that parents frequently check and monitor their child’s cell phone, book bags, and rooms. They change a lot over the three years that they are in middle school and we need to continue to make sure we keep them safe as they learn how to transition into their teenage years and adulthood.