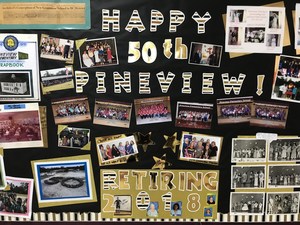 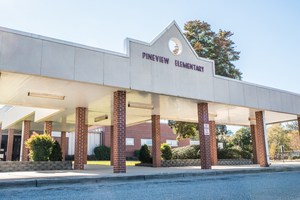 The school is marking 50 years in the current facility -- and is getting ready for a 'new adventure.'

WEST COLUMBIA, SC -- Pineview Elementary is celebrating a milestone anniversary this weekend -- the final year the school will be in its current facility, as it looks to move to the new Riverbank Elementary this fall.

The Lexington Two school is commemorating the 50th year in its current location with a drop-in from 3-5 p.m. Sunday, April 29 at the school, 3035 Leaphart Road, West Columbia. There will be light refreshments, lots of memorabilia, visits from current and former administrators, teachers, staff and students, and other activities. A time capsule will be opened at 4 p.m. The public is invited.

As part of the celebration, Pineview asked community members to share their memories of the school through the years. Some of the items sent in -- including class pictures and newspaper articles -- are displayed on a bulletin board in the main hall. Several of Pineview’s current teachers were students at the school, and they’ve included their own school photos. There’s even a letter about two third-grade Pineview classmates who later married, with the proposal taking place on the school playground “where we shared many a laugh and fun time as children.”

The first Pineview School was formed in 19114, and a school for elementary grades 1-7 followed in 1935. The current facility opened in 1968.

Big changes are on the way for Pineview, which will merge with B.C. Grammar No. 1 to form the new Riverbank Elementary, off U.S. 378 adjacent to Northside Middle School.

Pineview has a strong sense of community, Principal David Sims and fellow faculty and staff members say. And while leaving the school that has been home for 50 years is bittersweet, Sims said they’re ready.

“It’s going to be an amazing new adventure,” he said.